It’s a phrase that can stick in an artist’s throat. It seems like a statement that has to be earned. But how? Is it something you say after your first paid gig? After you get an agent? Or are you always an actor, and you just sometimes get paid for it?

Two artists recently shared their views on that subject and, it seems, they are both kind of uncomfortable with the “actor” label. Perhaps it’s because they are both so much more.

Scott Norman, 47, is a face you might have seen on television, where he had parts in the short-lived “Detroit 1-8-7” and “Low Winter Sun,” both Detroit-based police dramas. He’s also appeared in independent films like “Street Kings 2” and “Detroit Unleaded.” 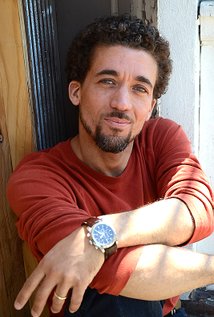 Scott’s path to acting was circuitous, though it had always been in the back of his mind. He was living in Japan and working as an English teacher. His students were attracted to his passion and animation and told him he should be an actor. It was something he had thought about for years, but didn’t pursue until he left Japan to move to New York where he started studying to be an actor.

He came to Michigan at the urging of an old friend who said the state had a thriving, fledgling movie industry. Today, he works in tech support (what he calls his “jobby job”) while he attends classes at the Motion Picture Institute, with his eyes on the goal of acting.

“I found I was not having control over the availability of roles,” he says. “So I’m at the institute to learn how to write and produce projects that I could then act in.”

Acting, he says, is a part of his identity, but he only calls himself an actor when he’s looking for acting work, rehearsing or performing. “But you’re always an actor because you’re always observing people and building understanding of other people that you use to build characters,” he said. “I’m an actor because of all the parts of my personality and my experiences.”

He likes, instead, the label “artist,” explaining it this way: “We’re all artists in a way. It’s in our nature to create and express ourselves. It’s how we choose to express ourselves—sculptor, musician—that brings labels. But the active medium is the audience and your relationship to them.”

“Artist” is also the preferred term by Maria Kelly, 52, a former teacher and professor of education who is pursuing an acting career that she had put on the back burner while she raised children. 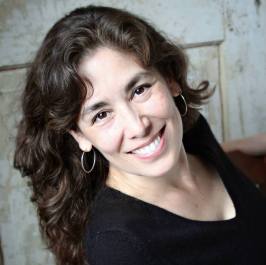 “If by ‘actor’ you mean someone who is paid to act, they yes, I’ve been an actor because that’s how I paid the bills at one point,” she says. But she adds she thinks “theater artist” is a more apt term because she also worked as a director and choreographer when she worked, as a young woman, for two small professional theater companies in Minnesota.

Anyway, “acting” can be a relative term, when working for small theater groups.

“We had this big bunny costume and we would offer our services at parties and events,” she says. “So, if by acting, you mean performing a part for an audience, yeah, we did that, too. We called it ‘bunny slut’ work and it helped pay the rent.”

She worked steadily in commercials, industrial videos, print and voice-over work. “It wasn’t Shakespeare and it didn’t feel nice.

When she was married and children came along she shifted to teaching and cut back on acting. She didn’t even seek parts in the active (unpaid) community theater community. “I felt I needed to justify the time away from my family, so anything I took had to, you know, at least pay for the gas there and back.”

A recent move to Michigan, and grown children having left the nest, Maria finds she is in a position to pick up where she left off so many years ago.  She is has jumped into the community theater scene in metro Detroit and accepted a role as an understudy with the Purple Rose Theatre in Chelsea.

“I want to have the experience,” she says. “There are so many quality groups in the area that I’m looking forward to exploring them.”

In the meantime, she’s discovering another artistic skill: She’s been bit by the pottery bug after taking a local class. Maria sees it as merely an extension, or another aspect of her personality.

“Creative people tend to find outlets for sanity’s sake,” she said. “Because if they don’t have that creative outlet, they end up making the people around them crazy. Finding other creative outlets just sort of happens.”

Ron Bernas is an actor, playwright and Detroit area freelance writer and editor. 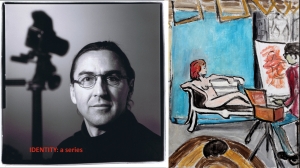