Who are you when you wake up in the morning to a new day full of dread, dreams and doldrums? When you greet someone for the first time? With friends or on the job? When they tell you today is your last day? When you become an empty-nester? When you realize you’ll never have children? When they won’t serve you at the restaurant and follow you around the store?

ABC sitcoms “Black-ish” and “Modern Family” and the FBI drama “Quantico” address these issues weekly. The English rock band The Who asked the question in its 1978 hit. Philosophers, statisticians, neuroscientists, behavioral economists and people made famous just for sharing their opinions ask this question every day via TedTalks. Henry Louis Gates, through his PBS program “Finding Your Roots,” helps celebrities identify themselves by teaching them their histories.

Despite the racial differences between authors, their novels complement one another.

Freedom minded in the Cotton Era

Whitehead takes a horrific past, when cotton (not oil) determined international business dealings, and cleverly reimagines it. At this time (before Chinese workers are paid low wages to assemble high-demand technology), Africans were rounded up and shipped to parts of the world that needed cheap, i.e. free, labor. For generations, slaves were bred and worked in the fields like livestock and slaughtered in broad daylight. 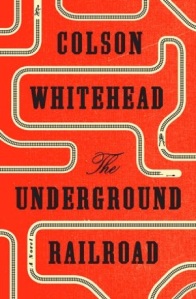 From slave catchers like Whitehead’s Ridgeway, a blacksmith’s son, to abolitionists at work behind the scenes, slaves, and escapees, the author uses wit and downright good writing to inform with his own ingenious slave narrative, debunk the slave mythology that says Africans were given better lives and address notions of self-identification in his antebellum “The Underground Railroad”.

Cora’s grandmother knew what it meant to live free until whites captured her, put her in chains, and sold her like chattel. She was no longer a young woman in Africa, she was the property of America. Cora then was a slave because she was born into the labor of the fields, the querulous and competitive slave community, and the insistence that this was her lot in life. Not soon enough, Cora meets Caesar, who may be physically enslaved but keeps his mind on liberty. He is a freeman toiling alongside slaves, living in slaves’ quarters.

Caesar knows he’s free to leave the plantation, though he must do it by cover of darkness with the assistance of an abolitionist and with the promise that if Caesar is caught he will be publicly tortured and inhumanely slaughtered. With the help of the Underground Railroad, a literal railroad created to convey escaped slaves to better lives, Cora and Caesar seek new identities as educated individuals unhindered from dreaming and fulfilling their dreams.

Whitehead’s magnificent, powerful approach so effectively transports readers as to make them briefly wonder if his fictional trains and representations of South Carolina, North Carolina, Tennessee and Indiana are authentic, and, at times, make us question if portions of the novel could be set in present times.  For instance, life in South Carolina with housing and jobs’ programs and educational and health care systems (evocative of current day social programs) seems easy and decent until Cora uncovers signs that the state is performing non-consensual sterilization (reminiscent of modern-day eugenics) on its Negro residents. Coupled with a new work environment that is suggestive of her old life, she begins to question her identity. Is she a freewoman,  damaged goods, or a daughter once loved? Can she be something else, somewhere else?

Picoult’s “Small Great Things” deals with the disturbing present, a time when it seems justice isn’t being served in the courts but on the streets where black men fear for their lives and police officers fear vigilantes. When enemies operate under cover of darkness. The novel is intriguing though painfully revelatory: We live in tricky times.

Clearly, Picoult did extensive research in writing “Small Great Things” by interviewing a host of African-American women and reformed skinheads and by examining her own belief system. The only questionable character here is Picoult’s Adisa. She is stereotypical at best. Still, using three first-person accounts, Picoult laudably rummages deep into the hearts and lives of characters with dissimilar lifestyles and beliefs: Turk, a father, husband and white supremacist; Kennedy, the white attorney who grapples with her own beliefs; and Ruth.

By age five, Ruth knows what she wants to be, needs to be a nurse. She attends the right schools, has a family, and lives out her dream as a labor and delivery nurse for twenty years until the actions of white supremacist parents threaten her lifestyle.  The skinheads announce they do not want an African American touching their child; so a supervisor informs Ruth, who has built her life around providing love and stellar care, and notes the new directive in the newborn’s chart.  Soon though, Ruth is left alone with the baby who ends up in crisis.

The family questions Ruth’s action, and inaction, and Ruth is suspended, no longer able to practice nursing. Is she really being targeted because of her race when she’s done everything right? If she’s not a nurse, who is she? A failed mom? She attended the right schools, marries before starting a family, raises her son to be college-mind, and performs her job with love and professionalism. Perhaps she’s been defining herself incorrectly. Perhaps she’s just black.

At one point in the author’s passionately told “Small Great Things,” a character asks citizens who they are. How would you define yourself? In singular terms? (I am a man.) Or using manifold interconnecting parts? (I am a Detroit-based writer who is nothing without her job.) Who are you?

Story 1: Two artists uncomfortable with the “actor” label share their views on identity because they are both so much more.

This story: Jodi Picoult  and Colson Whitehead discussed their novels  at Book Expo America in May 2016. Read about Whitehead’s journey in Publisher’s Weekly. See the BEA Picoult interview on YouTube.