“Courage is the most important of all the virtues because without courage, you can’t practice any other virtue consistently.”
― Maya Angelou

The lights already were dimmed, the cartoon was over, and the seats were scarce when we arrived. My dad took up position in the front of the theater, my brother went off somewhere to my left. I settled into position with a bucket of popcorn and a white cardigan to keep me warm. It was my first time sitting alone in a theater. I was excited, nervous, and then “Jaws” began.

Chrissie runs naked into the ocean with a boy in the distance. She gracefully kicks her legs, enjoying the freedom of the sea, as the music becomes more ominous. Then her body jerks. Something is very wrong; and then, well, it only gets worse.

“Jaws” ruined any chance I would learn to swim that summer but that was OK. Running through sprinklers with friends from school, riding my bike, hanging out with family, and seeing movie after movie at the Fox and Mercury theaters made everything all right with me, for a while.

Freckles, big smiles, and that he lived in far away Connecticut with his new family pretty much sums up what I knew about my grandfather. When my parents announced we would get to fly on an airplane without them and there would be kids our own ages, I was all for a short summer adventure to see him. How exciting it was when the stewardess stuck the American Airlines pin to my shirt and I watched as the city became ever smaller.

What I most remember about the drive up the road to Grandpa Joe’s ramshackle house was the smell of asphalt, the way it burned my nostrils and turned my stomach, as workers paved the road for the first time. Waiting for us outside the house were a few of Grandpa’s children; at first stoic and cautious, they soon became eager to show us where we would sleep and play. The very next morning, the trip became less than an exciting reunion.

“I can’t do anything with this,” she said. Despite my protests, she grabbed the shears and cut off my long braids. Tears fell as I watched clumps of my hair fall to the wood floor.

The offending barber went by Twinkie, though her name was Sarah. Only a few years my senior, Twinkie was the middle of five of Grandpa’s “other” children. Darryl and I were the same age, Lisa a year older. Grandpa and his wife, Betty, had three older children as well. One strung out on drugs, who sat in the living room staring at the floorboards and two others who no longer came around. They also fostered two teenagers, George, who was a little slow, and Joseph.

“It’s a funny color anyway,” Lisa said of my hair. As if given permission, Twinkie kept on cutting.

More than anything, Grandpa seemed to prize his guns, his hogs, and his hounds. Perhaps his sons, those that were his blood, were valued somewhere on his list; yet I imagine they ranked fairly low. At night, Grandpa took the boys hunting for raccoon, bear, and whatever else he could scare up. By day his wife — for some reason we called her Aunt Betty — beat Joseph and George with switches for whatever offense she could dream up and hollered at us kids to serve her in some manner.

A city girl whose food came from the grocery store or outdoor market, I wander 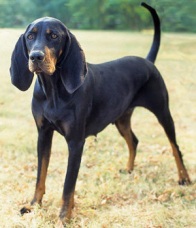 ed the potato fields trying to fathom how they grew, befriended the many dogs and cats that roamed the property and climbed the fence each day to say good morning to the two large hogs penned up just out of sight of the house. I learned a lot while I was there, like pop is called soda in most of the country. I learned how folks kill snapping turtles; and how, when you cut off their heads, their eyes scan the area looking for their still-wandering bodies. I learned to make blueberry milk with real blueberries stolen from a neighbor’s bush and that pickle juice was the closest I would get to my mother’s fresh-squeezed lemonade. And I learned I could not eat the bacon and chops from the freshly killed hog I had petted and named.

Despite Grandpa’s attempts, though, I did not learn to swim. His first attempt was at a community swimming pool. I don’t recall the ride there or the ride home, only that I was content to sit on the edge with my legs dangling coolly in the clear waters while everyone else splashed about.

“What do you mean you can’t swim?” Grandpa hollered. Someone had replaced the smiling man with a large, blustering red-faced man with a booming voice. “You’re going to learn this summer,” he declared, and then he pushed me in.

Slowly, I sank to the bottom as bubbles like cheap green crystal rose to the surface. There I sat, watching Grandpa’s boots motionless at the edge above me. I dared not move, lest he push me in again. Then there was a churning and a parting of the waters and I was being pulled out of the pool. It was Joseph. Later that afternoon, I heard Joseph’s cries as Aunt Betty beat him with a stick.

My parents called sometime after that, asking if I were having a good time. Twinkie pressed her ear to the other receiver to hear my response. Whether it was there or not, I saw the threat in her eyes and said, “yes.” My parents extended the visit another two weeks.

Grandpa’s second attempt at getting me to swim was at a local swimming pond. We kids poured out of the pick-up like trash being dumped. Most ran straight for the water but Joseph picked me up and hid me behind a blueberry bush near the edge of the woods. Soon, kids came running from the water screeching for help. Leeches were stuck to their arms, legs, and backs.

“It’s good for you,” Grandpa declared, hushing their cries before he burning off the bloodsuckers.

Later, when the deed was don

e and everyone piled back in the truck, Joseph came back, kissed me on the forehead, and called me, “Sister.” Whether Aunt Betty beat him for helping me or for being in her presence I will never know, only that Joseph knew it would happen and he protected me anyway.

Joseph and I wrote letters for a while; but after a few months, his stopped coming. My mom said he ran away and joined the army. Now, when someone talks of love and courage, I think of Joseph.

“That’s what love does — it pursues blindly, unflinchingly, and without end. When you go after something you love, you’ll do anything it takes to get it, even if it costs everything.”
― Bob Goff, Love Does: Discover a Secretly Incredible Life in an Ordinary World

© Leslie Green and Wildemere Publishing LLC [2014]. Unauthorized use and/or duplication of this material without express and written permission from this blog’s author and/or owner is strictly prohibited. Excerpts and links may be used, provided that full and clear credit is to Leslie Green and Wildemere Publishing LLC with appropriate and specific direction to the original content.